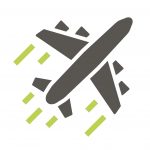 Aviation is a dynamic industry with complex regulatory structures and international interdependencies. It is particularly important to always keep track of the latest developments. We provide support in the acquisition and sale of aircraft. When financing and leasing aircraft, we take care to ensure worldwide access to the financed asset.

We advise on the registration and licensing of aircraft and solve even the most complex regulatory issues. Contract drafting, i.e. for ground handling or management, is also in good hands with us. We coordinate dispute and arbitration proceedings worldwide, so that our clients can enforce their rights – regardless of where the aircraft is located at the moment. 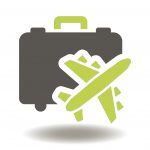 Legal advice to a Swiss SPV financing company on the loan financing of aircraft.

Legal advice to a worldwide operating financing institution as lessor in the financing of commercial aircraft for an Austrian aviation company.

Legal advice to an Austrian regional bank on the financing of three aircraft, in particular with regard to the structuring of securities which provide optimal legal protection for the bank.

Legal advice to a New Zealand airline on the sale & lease back financing of three aircraft.

Legal advice to the leasing subsidiary of an Austrian commercial bank on the financing of a helicopter.

Consultation on the registration of an aircraft of a Spanish operator with a Spanish Air Operator Certificate (AOC) in Austria.

Representation in arbitration proceedings before the Vienna International Arbitration Centre to enforce the guarantor’s obligations under a non-performing lease financing of an aircraft.

Representation in civil proceedings before Austrian and Swiss courts for the enforcement of claims against lessees and guarantors of aircraft financing.

Representation in insolvency proceedings against the guarantor under a lease financing of an aircraft.

Representation of a British owner of an aircraft in the judicial enforcement of claims arising from an operating agreement against the aircraft operator.

Legal advice to a financier on various insolvencies in the JetAlliance Group, an Austrian commercial airline, i.a. in connection with the realisation of collateral (e.g. pledged shares, aircraft etc.).

Talk to an expert

Talk to an expert

Or you can contact us by email or phone